Written by Guillermo Alvarez on May. 11, 2022 in Gastric sleeve

In the last blog, we began exploring the connection between vertical sleeve gastrectomy and improving or even eliminating Type II diabetes. Thanks to numerous scientific studies, with more appearing every day, we know for sure that VSG is a tool that’s been proven to have positive long-term benefits for diabetics. It’s much more effective than the diet-and-exercise regimen typically prescribed. Why is that? And who can benefit most? Let’s take a look at both of those questions.

A long-term study of diabetics, whose finding were published in Surgical Endoscopy, compared the effects of multiple types of bariatric surgery on Type II diabetes. After an average follow-up period of three years, the resolution rate for those who’d undergone vertical sleeve gastrectomy was over 80 percent. Translation: four out of five Type II diabetics had conquered the disease after VSG. That’s incredible! And even the small percentage that weren’t “cured” recorded an improvement in fasting plasma glucose, which means they enjoyed better insulin sensitivity and, hence, control over their diabetes.

The results were much lower for patients who opted for gastric banding. Because that type of bariatric weight loss surgery doesn’t remove any part of the stomach (as opposed to VSG or gastric bypass), researchers think that hormones may be involved in the dramatic resolution rates for VSG patients. Meaning that weight loss is, of course, part of it, but hormonal changes after VSG likely play a part, too. And you can’t that from diet and exercise alone, nor from some other types of weight loss surgeries.

Who Makes a Good Candidate

Just like any surgery to resolve illness or disease, some people are more likely to benefit than others. So who make good candidates to improve Type II diabetes after gastric sleeve in Mexico? Studies of patients from around the world show that they share some pretty clear commonalties at the time of bariatric surgery:
• A younger age. Patients under the age of forty are far likelier to achieve remission from Type II diabetes than those over age sixty.
• A higher baseline BMI. Patients with a BMI of less than 27 proved less successful in eliminating their diabetes than those with a BMI of 42 and over.
• Less time as a diabetic. If you’ve been a diabetic for under a year, your chances of long-term remission are much better than if you’ve been diabetic for over eight years.
• Better glycemic control before surgery. One study found that people who had used insulin to manage their blood sugar before surgery were over seven times less likely to go into remission after bariatric surgery.

What all of this says to me is that there’s no time to waste if you’re a Type II diabetic who is considering gastric sleeve surgery. The younger you are, the better. The less time you’ve had the disease, the better. And everything we do to prepare you for VSG—like the gastric sleeve diet—is also helping you prepare for a better outcome with your diabetes. For example, that liquid diet that most patients follow to prepare the liver for surgery can also help you gain control over your blood sugar. If you have questions about how VSG with Endobariatric may be able to resolve Type II diabetes or other issues that plague many overweight or obese patients, don’t hesitate to get in touch!

I invite you to follow us on all our social networks, we are on Facebook (Endobariatric), Instagram (@endobariatric), we also have our YouTube channel where where I (Dr. Alvarez) answer frequently asked questions that are sent to me, subscribe to it! we talk about very interesting subjects, find us searching for Endobariatric. 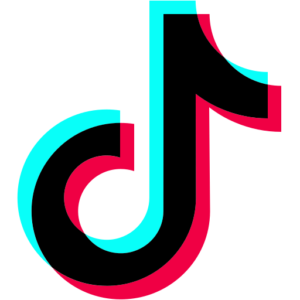